Pla was the first modern writer of travel books in Catalan. In addition, he became an outstanding newspaper correspondent while working for “La Publicidad” and later on for “La Veu de Catalunya” and “El Sol” of Madrid. During some 20 years his personal development was closely linked with travelling chronicles. Along with other writers such as Josep Carner, Josep M. de Sagarra, Eugeni Xammar or Joan Crexells, Pla worked as a mobile correspondent who travelled throughout Europe (Paris, Geneve, Italy, Berlin, Moscow, London, Stockholm etc.). He never gave up observing reality, reading constantly and listening and talking non-stop. From the very beginning, he became a well-known, successful writer (of his two first books, three editions and two thousand copies were made) who collaborated on a great number of publications and who was recognised by the main writers and critics of that time. His work was translated into several different foreign languages. 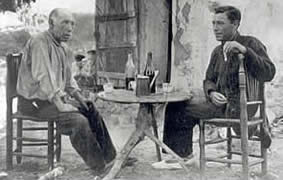 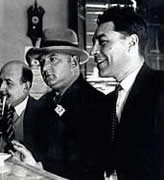 His long stays in the principal European capitals made him become interested in politics as well. Pla was always aware of the political and intellectual evolution of Catalonia. He was chosen as “Diputat de la Mancomunitat de Catalunya” (a member of the Parliament of Catalonia) in a nationalist list of Baix Empordà in the year 1921. Some years later, under the dictatorship of Primo de Rivera, he was prosecuted for writing an article which was critical of the Spanish army. He lived in exile during those years, not losing touch with the chief nationalists who were plotting against the dictatorship, such as Francesc Macià. He returned to Catalonia in 1927 and soon became a controversial figure: he gave up contributing to “La Publicidad” and became one of the most important signatories to “La Veu de Catalunya”, the newspaper of “La Lliga” (a political party). At that time he worked under Francesc Cambó’s orders of whom he would write a political biography some years later.

After the proclamation of the Republic, he worked as a parliamentary correspondent for the newspaper “La Veu” in Madrid. Being threatened with death like other jounalists linked to the political party “La Lliga”, he left Republican Catalonia in September 1936. He lived as a refugee in Marseille with Adi Enberg, who worked for the Francoist information service abroad. He arrived in Barcelona in January 1939 with Franco’s troops and, soon afterwards, he settled down in l’Empordà. 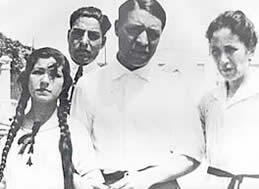 1920
In April he leaves for Paris as a correspondent for “La Publicidad”. In July he is dismissed from his job because he has plagiarised an article. However, in September he is reinstated because his articles have become so popular.

1921
He publishes the “Pall-Mall” section from Barcelona. In February he goes to Majorca and publishes his chronicles in the form of a diary. He works as a special correspondent in Madrid. He is chosen as a delegate to the Mancomunitat de Catalunya(Parliament of Catalonia) by La Lliga Nacionalista del Baix Empordà (The Nationalist League of Baix Empordà). He goes to Portugal. Josep Pla’s father goes through a period of financial crisis and has to live in Barcelona, staying in boarding houses.

1922
He is sent to Italy as a special correspondent. He writes articles for the newspapers “La Publicidad”, “La Veu”, “El Sol de Madrid”, and for the magazine “D’Ací d’Allà”. He covers Mussolini’s “March on Rome”.

1923
He travels to the Ruhr, then under French occupation, to Lausanne and the Rhineland, Bavaria, Thuringia and Saxony. He also works as a correspondent in Berlin where he shares a house with the journalist Eugeni Xammar.

1924
He faces military prosecution because of an article criticising Spanish military policy in Morocco, which is published in “El día” of Majorca. He regularly travels across Europe. He forms a  relationship with Adi Enberg, a Norwegian citizen who was born in Barcelona.

1925
His first outstanding book called Coses Vistes (Seen Things) is published. He travels from Paris to Russia and then to England.

1927-1935
He announces his supposed wedding with Adi Enberg to his family. Together they travel to Corsica. He later returns to Catalonia. He contributes to “La Nau”, “La Nova Revista”, “L’Opinió”, and “La Veu de Catalunya”. He travels throughout Eastern Europe and works as a political correspondent in Madrid. His works Llanterna màgica (Magic Lantern), Relacions(Relationships), Cartes de lluny (Letters from afar), Cartes Meridionals (Meridional Letters), Madrid, un dietari (Madrid, a Diary), Madrid. L’adveniment de la República (Madrid. The Advent of the Republic) are published.

1936-1937
He starts to collaborate on the magazine “S’Agaró”. At the beginning of the Spanish civil war, he leaves for France and Italy with Adi Enberg, who is then working as a spy for the Francoist secret services. He is asked to write Historia de la Segunda República Española (The History of the Second Spanish Republic) by Cambó, which he doesn’t finish until 1939.

1938
He enters the area of Spain controlled by Franco’s forces through San Sebastian. He contributes to the newspaper “El Diaro Vasco”. 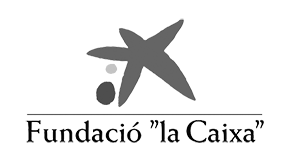